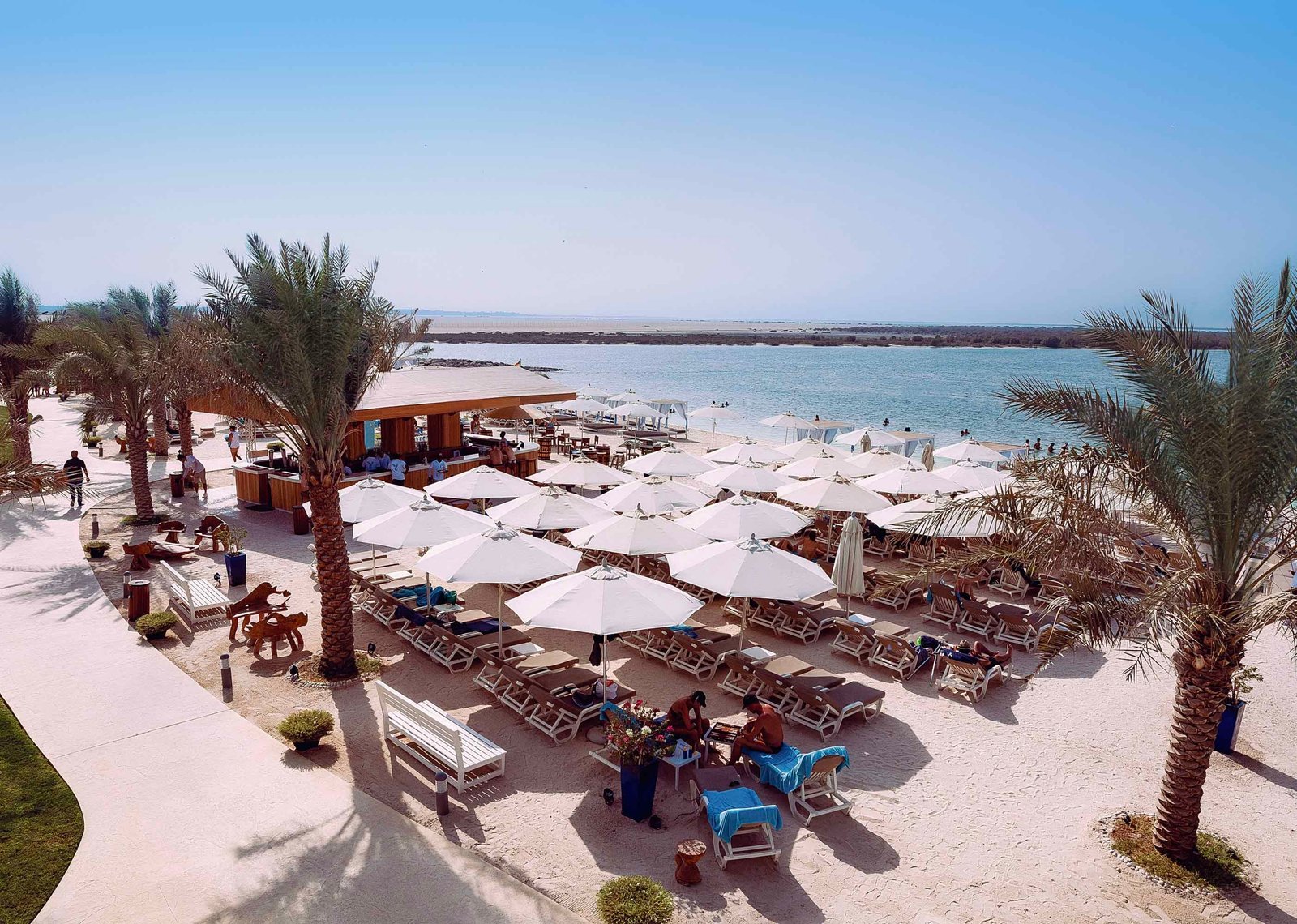 Capital of the United Arab Emirates, Abu Dhabi is a well-ordered, industrious city with a pretty waterside location.

First inhabited by the nomadic Bani Yas tribe in 1760, the settlement remained a small fishing village until oil was discovered. The revenues transformed Abu Dhabi into the modern city of today-a bustling center of government and business.

The Sheikh Zayed Grand Mosque is the major tourist attraction and wows all who visit. But the city also makes a good base for excursions to the desert landscapes of Liwa Oasis and the oasis city of Al Ain. Find the best things to do with our list of the top attractions in Abu Dhabi.

See also: Where to Stay in Abu Dhabi

Clad in Macedonian marble, the beautiful and absolutely mammoth Sheikh Zayed Grand Mosque is Abu Dhabi’s landmark building and by far the most popular sightseeing attraction in the city. The mosque fuses Mameluke, Ottoman, and Fatimid design elements to create a harmonious and thoroughly modern mosque that celebrates Islamic architecture. Artisans used glass-work, mosaic tiling, and intricate carvings to spectacular effect on both the interior and exterior.

It was opened in 2007 after nearly 20 years of construction. Able to hold 40,000 worshippers, it is the biggest mosque in the United Arab Emirates, and like the Sheikh Zayed Mosque in Fujairah, it is dedicated to the late Sheikh Zayed bin Sultan al-Nahyan.

Non-Muslims are allowed into all areas of the mosque (including the vast library), and guided tours are available. The Abu Dhabi Morning Tour is a good way to get acquainted with the city. This four hour tour visits the Sheikh Zayed Mosque, the bustling markets and fishing harbor of Al Mina, and the heritage village with a local guide. Transport and hotel pickup and drop-off are included.

The Middle East’s most spectacular museum, Louvre Abu Dhabi traces the entire history of humanity’s artistic achievements, from the Neolithic right up to the current day. The wealth and diversity of art on display, from ancient Egyptian statuary to famous paintings by Picasso, is mind-boggling, while the museum’s contemporary architecture, with its galleries gathered under a vast silver dome, is a reason to visit in itself.

As well as the permanent collection, which runs over 12 galleries, several major temporary exhibitions are staged each year. The Louvre is the first of three planned major museums to open on Saadiyat Island, which is set to become the cultural heartbeat of Abu Dhabi in the coming years. The other two-Guggenheim Abu Dhabi and Zayed National Museum-are still in the planning phases.

To see a different side of Abu Dhabi’s steel and glass exterior, head into the mangrove forests that still ring the islands along the shore surrounding the city. There’s a bundle of kayaking tours available for all levels of experience and age, ranging from 1.5 hours to three hours of paddling. The Eco Tour allows you to understand the important ecology of mangroves, as well as explore these beautiful last remnants of the city’s forests.

Another interesting thing to do for a really special experience, is to sign up for a night tours and discover the mangroves by gliding through the waters after dark.

This branded theme park brings the thrill of Formula One racing to Abu Dhabi and is one of the city’s top things to do for thrill seekers and families alike. Small children can test out newly learned driving skills on the Junior GT track, while adrenaline junkies can buckle up and ride the Flying Aces roller coaster, which clocks up speeds of 120 kilometers per hour on a 52-meter loop (the tallest in the world).

There’s also a collection of Ferrari’s cars, with models dating back to 1947, and a Ferrari factory tour and Ferrari knowledge game show for true car nerds.

For the best views of Abu Dhabi’s glittering skyscrapers, you need to head out onto the water. The views of the high-rises are quite spectacular as you drift out from the marina. Several different operators run tours for all types of budgets, but two of the more popular trips with tourists are the island hopping tours, which include some beach and snorkeling time on various islands in the bay, and sunset cruises that let you see the city lights flicker into action as dusk sets over the city-a great choice for an evening activity.https://56c82976f5d93b4e3a04afdd31a9736b.safeframe.googlesyndication.com/safeframe/1-0-38/html/container.html

Abu Dhabi’s answer to the Burj Khalifa in Dubai is this observation deck, offering skyline views from the highest point in the city, on the 74th floor of the Jumeirah at Etihad Towers hotel. There is an entry fee for non-guests of the hotel, but the ticket price can be redeemed for food and drink from the observation deck’s restaurant, which serves snacks and light bites; soft drinks; and in the afternoon, high-tea. Having high-tea up here, with the city spread below you, is definitely an experience for your Abu Dhabi itinerary.

The recently restored Al-Hosn Fort, also known as the Old Fort or the White Fort, is the oldest building in Abu Dhabi and one of its major historical points of interest. The palace was built in 1793 as the residence of the ruling family and the seat of government. The interior of the Al Hosn Fort has been modernized and is now used as a museum that traces the history and culture of Abu Dhabi, with oral histories and plenty of historical photographs on show. The courtyard and the magnificent tile work over the main northern gate are notable features.

The Abu Dhabi Falcon Hospital is a working veterinary hospital for ill and injured falcons, but it also provides guided tours of its facilities for interested visitors. The tours allow you to get up close and personal with these birds of prey in the wards, while an on-site museum explains the history of falconry. If you’re up for the challenge, you may also have the chance to hold one of the birds, or even to feed one, depending on the activities the vets are performing at the time of your visit.

Yas Island’s latest theme park addition, Warner Bros World is dedicated to its cartoon, movie, and comic book heroes and villains with all rides based around these characters. With six “lands” all captured under one roof (the entire theme park is inside and air-conditioned) this is one of the best places to visit for families. There are rides suitable for tots to teens. Bedrock and Cartoon Junction are specifically set up for little ones, while Gotham City and Metropolis are home to some of the big-hitter highlight rides, which combine 4D interactive content with roller coaster-style thrills and spills.

If the heat is grinding you down, head to Yas Island to cool off at the water park. Yas Waterworld is a mammoth theme park, with waterslides and an inner-tube river ride, as well as the world’s first hydromagnetic tornado water rafting ride; the world’s largest surfable sheet wave; and the Jebel Drop, a free-fall speed water slide. If that all seems like too much of an adrenaline rush, there are also restaurants, cafés, and shops here for some gentler pursuits. There’s also a dedicated water play area for families with small children.

Yas Island is one of Abu Dhabi’s top luxury hotel destinations, with stretches of sandy beach that are perfect for spending the day sunbathing. This area is also home to the Yas Marina Circuit, which is where Abu Dhabi’s Formula One racing takes place every year. Sun seekers should beeline straight to Yas Beach; adrenaline fans can book a Formula One experience at Yas Marina Circuit; and shoppers should head straight to Yas Mall, the city’s premier shopping destination.

The most popular day trip or overnight trip from Abu Dhabi city is a desert safari to the south of the Emirate of Abu Dhabi, either to the beautiful Liwa Oasis, which lays right on the edge of the Empty Quarter, or to the Al Khatim Desert near Al Ain.

The Empty Quarter desert contains the largest sand dunes in the world, and the dunes of both areas are a fantastic playground for anyone who wants to ride dune buggies, try sand boarding, go camel trekking, or simply soak up the vast star-strewn desert sky after dark at a desert camp. Most trips include stops to visit a camel farm and offer a taste of traditional desert life, as well as heading into the dunes themselves.

The Evening Desert Safari is a great option for visitors with only a short time to spare, offering a six-hour tour into the emirate’s desert environs. Visitors are taken on a 4×4 tour of the dunescape before settling down for dinner at a desert camp, with traditional tannura and belly dancing entertainment provided. Once at camp, guests can choose from a host of complimentary activities, such as sand-boarding and camel rides. All transport, with pickup and drop-off from Abu Dhabi hotels, and food is included.https://56c82976f5d93b4e3a04afdd31a9736b.safeframe.googlesyndication.com/safeframe/1-0-38/html/container.html

If you have little ones in tow and are wondering what to do in Abu Dhabi, this excellent zoo makes a fun day out, only a 30-minute drive from the city. There is a host of animals at the wildlife park, including rare white tigers, giraffes, elephants, a herd of zebras, and a Siberian bear. There is also a primate section, with many different types of monkeys, and a flamingo park with a sea lion enclosure. At the petting zoo, children can touch and feed domestic breeds of animals.https://56c82976f5d93b4e3a04afdd31a9736b.safeframe.googlesyndication.com/safeframe/1-0-38/html/container.html

One of the best short breaks from Abu Dhabi city is to the wildlife reserve of Sir Bani Yas Island, first established by Sheikh Zayed. Indigenous Arabian wildlife such as gazelles and the endangered Arabian Oryx plus introduced animals, including giraffes and leopards, free roam within the vast reserve, which covers the interior of Sir Bani Yas Island.

Visitors can book 4×4 safaris, walking safaris, and horse-riding tours to view wildlife within the reserve, as well as other activities, including hiking, mountain biking, and kayaking. The island is accessed by boat from Jebel Dhanna, 260 kilometers west of the city.https://56c82976f5d93b4e3a04afdd31a9736b.safeframe.googlesyndication.com/safeframe/1-0-38/html/container.html

Abu Dhabi’s Heritage Village is an authentic replica of a typical Bedouin village that gives visitors an idea of Emirati life before the oil boom. It’s located in a pretty beach area of the city, which is a pleasant place to wander after a visit. There are exhibits featuring traditional day-to-day objects, workshops where you can watch craftspeople demonstrate Emirati metalwork and weaving skills, and displays introducing visitors to local agriculture and the pearl diving trade-the main economies here before oil was discovered. 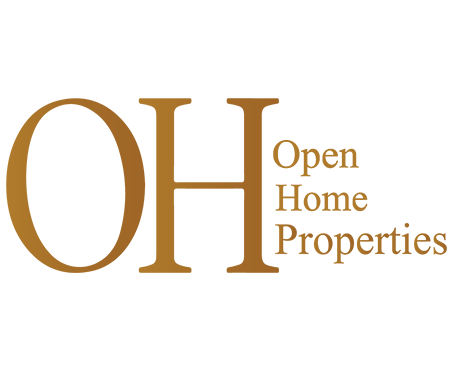 Open home was founded on sincere integrity and deep trust, these relationships are paramount to our business, and we are passionate about serving our clients. We are committed to delivering a completely satisfying real estate experience requires proactiveness and an ability to maintain solid communications throughout the transaction process.

Our knowledge, experience, expertise and resources set us apart allowing us to achieve results exceed our clients’ expectations. It is our commitment to provide you with exceptional service from a team of highly skilled, uniquely talented individuals with high integrity, extensive professional knowledge and experience, far‐reaching connections and excellence in real estate marketing.